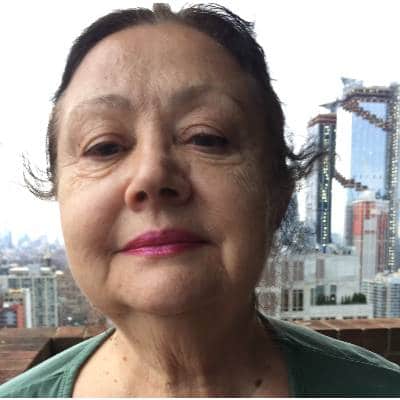 Marina Temkina was born in Leningrad and emigrated from the Soviet Union in 1978. She published five poetry books in Russian between 1995 and 2019 and three artist books in collaboration with Michel Gerard, a French artist, and her partner. Marina’s book In English, published by Ugly Duckling Presse in 2009, consisted mostly of concrete poetry installations. Marina Temkina is a poet-artist; she exhibited her visual work in the US, Russia, and France. She received National Endowment for the Arts in 1994 and was a Charles Reason Fellow on the Future of New York in 1999/2000.