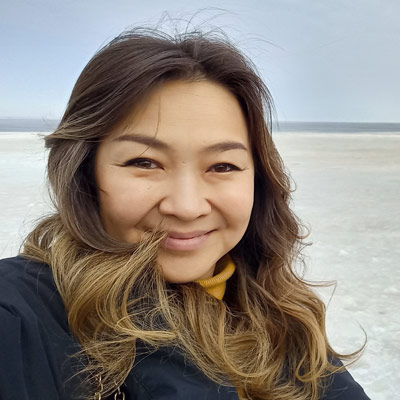 Anna Osipova was born in 1976 in Yakutsk. She studied at the Yakutsk Art School named after P.P. Romanov, as well as at the Far Eastern State Academy of Arts in Vladivostok.  A recipient of the Russian Academy of Arts diploma, she participated in many regional, national, and international exhibitions, in addition to six personal shows. She has been a member of the Union of Artists of Russia since 2007. Her paintings are in the National Art Museum of the Republic of Sakha (Yakutia) in Yakutsk, the Surikov Art Museum in Krasnoyarsk, and in private collections in France, Germany, USA, China, Israel, Canada, Estonia, and Russia.