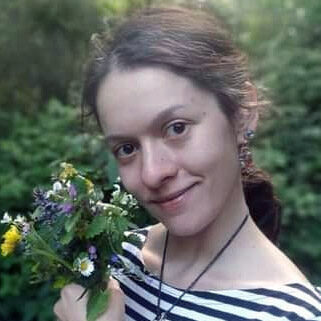 Dasha (Daria) Polyakova was born in Moscow (1993). By education and profession, she is a mathematician.
In her own words: “My real name is Daria Polyakova, my nom de plume is Aina Cam. I’ve been writing poetry since childhood and publishing on the Internet for more than ten years, but until recently, I preferred to separate Daria and Aina. Yet now my two selves had to merge: in politics, anonymous statements sound quieter than those that are named, and I have something to say about what’s going on in Russia.”