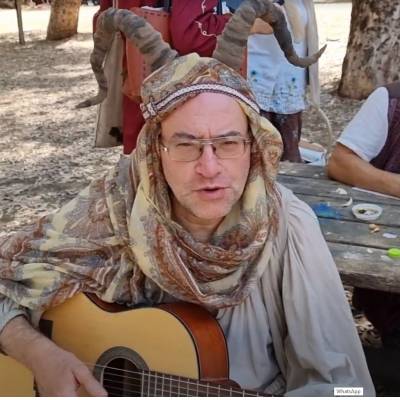 Eli Bar-Yahalom is a prize-winning bilingual poet, bard, writer, editor, and translator. Born in Leningrad in 1968, he immigrated with his family to Israel in 1974 and has lived in Haifa ever since. He was educated as a mathematician. He is the author of two books of poetry (one in Hebrew, one in Russian) and has released nine albums with songs in both languages. He translates from Russian into Hebrew and vice versa, as well as from English and Japanese. A book of his Russian poetry, Котенок русского языка (A Kitten of the Russian Tongue) and a novel in Russian, Защитник неведомого (Defender of the Unknown), are forthcoming.