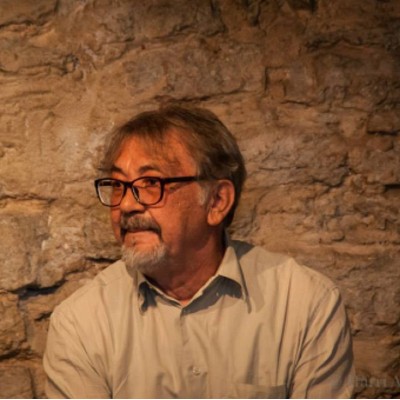 Goran Simić was born in 1952 in Yugoslavia. Author of short stories, plays, opera librettos, he worked as an editor and columnist for magazines and radio. He emigrated from Bosnia and Herzegovina to Canada in 1996 under the auspices of the Canadian PEN. Now he lives in Sarajevo. Goran Simic’s works have been translated from Serbian into 15 languages ​​and are included in the anthologies Scanning the Century (Penguin, 2000) and Banned Poetry (Index of Censorship, 1997). Winner of the US Hellman-Hammett PEN Award for Writer’s Freedom (1994) and the People’s Award of Canada (2006). Goran Simich’s collection of Sunrise in the Eyes of a Snowman was named the best collection of poetry in Canada 2012 by the Canadian Authors Association. He has authored the following books: Escape from the Cemetery (Oxford University Press, 1997), Immigrant Blues (Brick Books, 2003), From Sarajevo With Sadness (Biblioasis, 2005). Selected poems have been published in Great Britain, Romania, Russia, and Bulgaria.