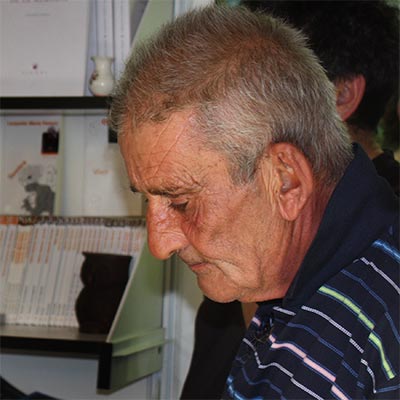 Born in Madrid in 1948, Leоpоldo Mаriа Pаnеrо was the son of poet Leоpоldo Pаnеrо and Fеlicidаd Blаnk. He studied philosophy and literature at the Complutense University of Madrid and French philology at the University of Barcelona. In his student years, he began to take drugs. His opposition to the Franco regime was the reason for his first imprisonment. Since 1970, he is considered a representative of the poetic group “Newest”, whose texts were published in the anthology of Jose Maria Castelleta “Nine Newest Spanish Poets”. In the 1970s, he was admitted to a psychiatric hospital for the first time. In the late 1980s, already a critically acclaimed poet, Pаnеrо finally settled in the Mondragon Psychiatric Hospital. About ten years later, he moved to the psychiatric ward of the hospital in Las Palmas de Gran Canaria. Leоpоldo Mаriа Pаnеrо’s output includes more than fifty collections of poetry, several books of essays and prose. He died in 2014 in the city of Las Palmas de Gran Canaria.