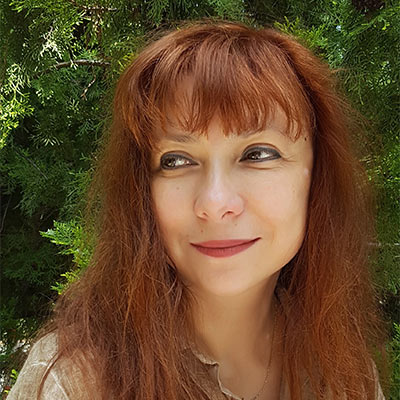 Liliya Gazizova is a poet, essayist, and translator. Born in Kazan (Russia), she graduated from the Kazan Medical Institute as well as from the Moscow Literary Institute (1996). Her publications include fifteen collections of poems published in Russia, Europe and America. Her poems have been translated into many European languages and published in international anthologies. A recipient of several literary awards, she is the executive secretary of the New York-based international magazine Interpoezia as well as the organizer of LADOMIR, the International Khlebnikov Festival (Kazan – Elabuga). Currently, she teaches Russian literature at Erciyes University, Kayseri, Turkey.