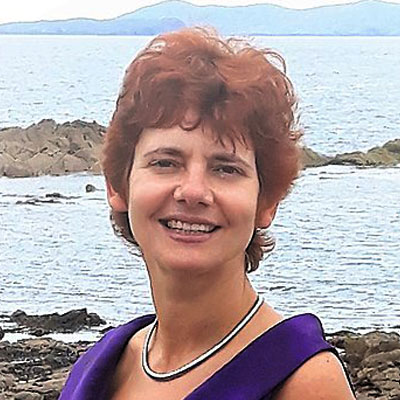 Margarita Meklina is a bilingual fiction writer and essayist born in St. Petersburg, Russia. She came to the United States in the early 1990s and spent twenty years in San Francisco; now she divides her time between Dublin, Ireland, and the San Francisco Bay Area. She received the 2003 Andrei Bely Prize (Russia’s first independent literary prize, which enjoys a special reputation for honoring dissident and nonconformist writing) for her short story collection Battle at St. Petersburg and the 2009 Russian Prize, awarded by the Yeltsin Center Foundation, for her manuscript My Criminal Connection to Art. In 2013, she was a finalist for the Nonconformism prize for her novella Cervix, and in 2014 she was short-listed for NOS, a prize given by the fund of Mikhail Prokhorov for “new social trends” in literature. Author of 6 books in her native Russian, she also completed a YA novel The Little Gaucho Who Loved Don Quixote in English (Black Wolf Edition & Publishing LTD, 2016) and a collection of short stories A Sauce Stealer (Spuyten Duyvil, 2017). Translated into French and Swedish, two of her novellas are available as chapbooks: Poussière d’étoiles (Etoiles, 2016) and Linea Nigra (Ars Interpres, 2017). In 2018, she was awarded the Mark Aldanov Literary Prize for her novella Ulay in Lithuania. The prize is given by New York’s Novy Zhurnal to Russian writers living outside of Russia.