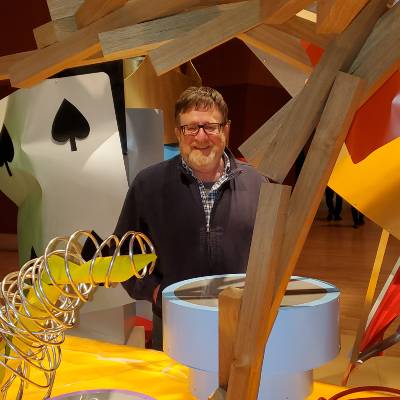 Simon grew up in the former Soviet Union (first in Tashkent, later in Kishinev.) Since moving to the US in 1991, he’s lived in San Diego, CA. Mathematician by education, he works as an IT consultant. He has been writing poetry since childhood and translates English and Russian poetry (English to Russian, Russian to English). He is the author of “Duda”, published in Nizhny Novgorod, Russia, in 2006. His work was published in “The Notebook. A Collection of Contemporary Russian Poetry in North America” (“Общая Тетрадь”, Moscow, 2007), as well as in other collections and almanacs of poetry published over the years in Russia and California.