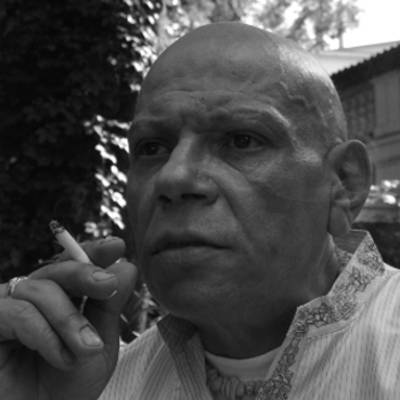 Vahan Ananyan was born on June 22, 1959, in Yerevan. He started painting in early childhood. He studied drawing, composition, and painting while studying in the workshop of Sergey Stepanyan, a famous Armenian sculptor. Already in 1977, Vahan held the first solo exhibition in Yerevan. It was followed by two more exhibitions, in 1978 and 1979. These exhibitions established his reputation as a master of his craft. In 1994, he moved to Odessa, where he was to have seven solo exhibitions of his works. In 2005, he was invited to and participated in the Biennale of Contemporary Art in Florence. He died on December 18, 2006, in Odessa, after a protracted illness. His ashes are buried in three cities – Yerevan, Tallinn, and Odessa. 2007 saw a posthumous exhibition of his paintings, which presented two main periods of his work – his Tallinn period and his Odessa period.