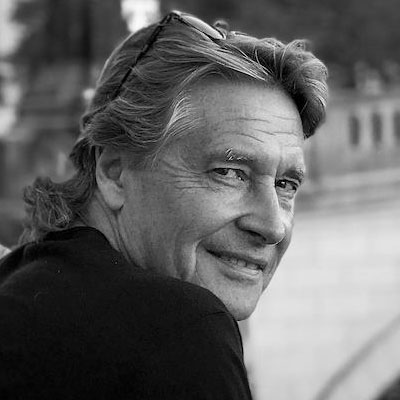 Valery Bochkov was born in Latvia and grew up in Moscow. After graduating from college with a Master’s degree in Fine Arts, he had a successful career as a watercolor artist and illustrator. In 1995-2000, he worked as a creative director for a top international advertising agency, developing award-winning campaigns in Moscow and New York. After he emigrated to the US, he created his own Studio for visual and interactive media and communications, including visual concepts for the Discovery Channel; his illustrations were published in newspapers such as the New York Times and The Washington Post. He had over a dozen solo shows of his artworks, both in Europe and in the US, and he was invited to the Edinburgh Art Festival twice. His first short stories (written in Russian) were published in 2012. He was shortlisted for several major Russian literary prizes (National Bestseller prize, Big Book, Russian Booker, NOS), and in 2014 he was awarded the Russian Prize, the literary award for writers living outside of Russia and writing in Russian.