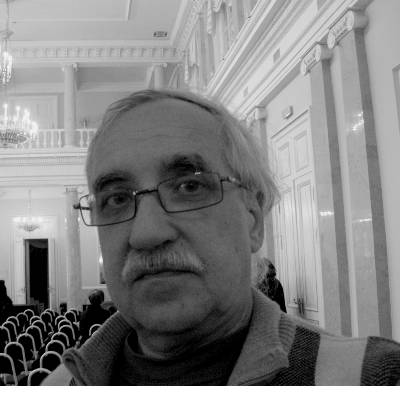 Vlad (Vladimir) Pryakhin was born in 1957 in Tula, Russia. He lived in Tula, Smolensk, the Baltic states, and in Moscow. In the 1980s he published The Idealist, a samizdat journal of poetry and prose. Since 1992, his poems and short articles have appeared in literary magazines in Russia, as well as Latvia, Poland, as well as in various international online magazines. He is the author of eleven books of poetry and experimental prose. In 2012, he became the editor and publisher of “The Environment”, now known as “Tonkaya Sreda” (www.sreda1.org), an international literary almanac. From 2017 to 2021, he was the editor of a portal dedicated to poetry and art. A winner of several literary awards, he participated in free verse festivals in Moscow and St. Petersburg.