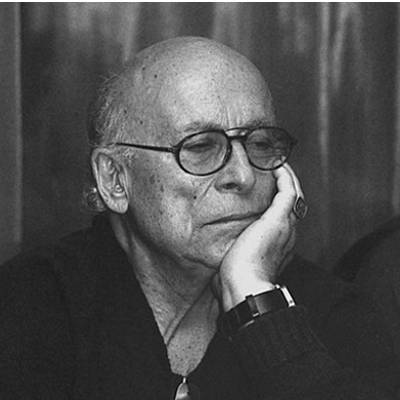 Iosif Efimovich Aleshkovsky, known as Yuz Aleshkovsky, was a modern Russian writer, poet, playwright, and performer of his own songs. He was born on September 21, 1929, Krasnoyarsk, Russia. In 1949 Aleshkovsky was drafted into the Soviet Navy, but because of breaking the disciplinary code, he had to serve four years in jail (1950–1953). After serving the term, Aleshkovsky moved back to Moscow and began writing books for children. Aleshkovsky wrote songs and performed them. Some, especially “Товарищ Сталин, вы большой ученый” (“Comrade Stalin, you are a great scholar”) and “Окурочек” (“Little cigarette butt”), became extremely popular in the Soviet Union and are considered folk classics. Aleshkovsky also wrote screenplays for movies and television in the Soviet Union. He emigrated from the USSR in 1979. In addition to his songs, his work includes eleven novels, a collection of short stories, two novellas for children, and four well-known screenplays.