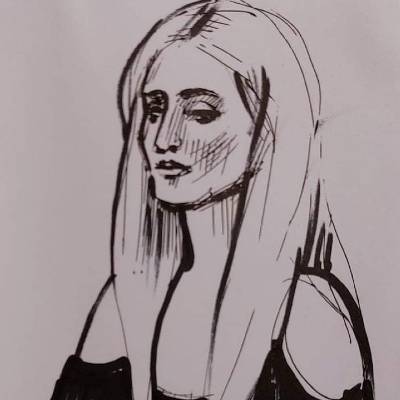 Zarina Zabrisky is the author of three short story collections Iron, A Cute Tombstone, Explosion (Epic Rites Press), and the novel We, Monsters (Numina Press). Zabrisky’s work has appeared in nine countries in over fifty literary magazines and anthologies, including The Nervous Breakdown, A Capella Zoo, Eleven Eleven, and Red Fez. Interviews with Zabrisky and reviews of her books appeared in The Rumpus, Guernica, PANK Magazine, decomP, and more. Zabrisky received multiple nominations and awards, including the 2013 Acker Award for Achievement in The Avant-Garde, three Pushcart Prize nominations, and more. She was a finalist in The Normal School’s Prize in Fiction, 2012 (judge Amy Hempel.) Zabrisky is a columnist for The Byline Times (UK) and a reporter for Bywire News (UK). She also hosts and produces literary programs for Globus Books YouTube Channel. At the present time (May-June 2022), she is in Odessa, Ukraine, as a war reporter for Bywire News.