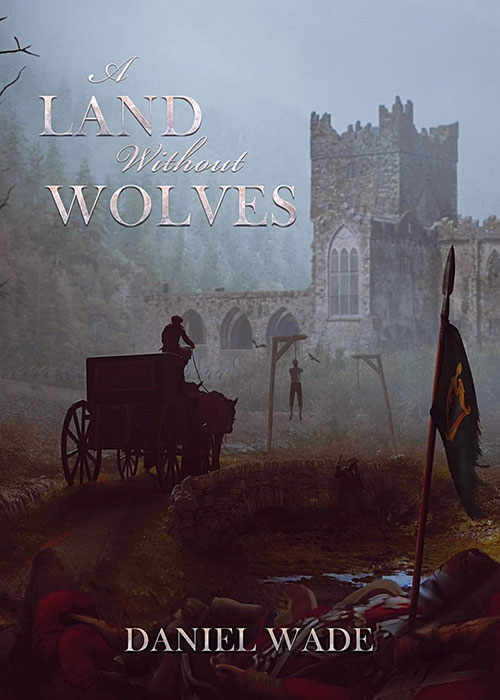 A Land Without Wolves Paperback
by Daniel Wade

In the midst of Rebellion are legends wrought, and Mogue Trench knows of a tale never told. What better time to relay it than as the rope awaits. ​​The Highwayman Joseph Mac Tíre knows of hardship – at the hands of Redcoats and Republicans alike – so Ireland’s political struggle has less appeal than mentoring an orphan in the ways of the underworld.​​Yet the world has a way of catching up to men whose hearts know only darkness – men who hunt, and kill, and howl in rage.