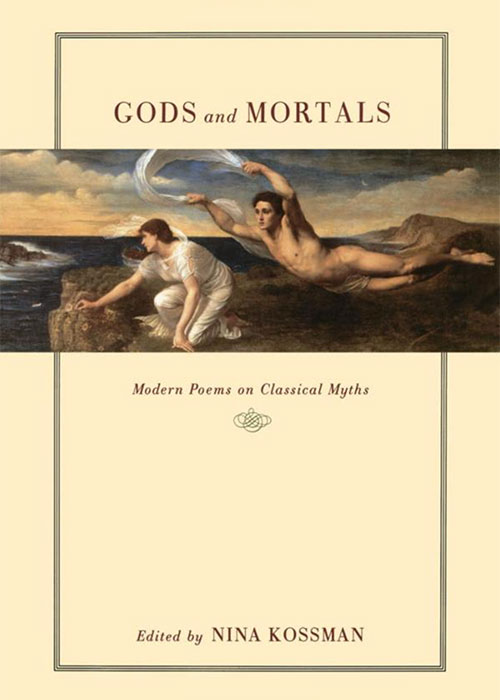 For centuries, poets have looked into the mirror of classical myth to show us the many ways our emotional lives are still reflected in the ancient stories of heroism, hubris, transformation, and loss that myths so eloquently tell. Now, in Gods and Mortals: Modern Poems on Classical Myths, we have the first anthology to gather the great 20th-century myth-inspired poems from around the world.

“Perhaps it is because the myths echo the structure of our unconscious that every new generation of poets finds them a source of inspiration and self-recognition,” says Nina Kossman in her introduction to this marvelous collection. Indeed, from Valery, Yeats, Lawrence, Rilke, Akhmatova, and Auden writing in the first half of the century to such contemporary poets as Lucille Clifton, Derek Walcott, Rita Dove, Wislawa Szymborska, and Mark Strand, the material of Greek myth has elicited poetry of remarkably high achievement. And by organizing the poems first into broad categories such as “Heroes,” “Lovers,” “Trespassers,” and secondly around particular mythological figures such as Persephone, Orpheus, or Narcissus, readers are treated to a fascinating spectrum of poems on the same subject. For example, the section on Odysseus includes poems by Cavafy, W. S. Merwin, Gregory Corso, Gabriel Zaid, Louise Gluck, Wallace Stevens, and many others. Thus we are allowed to see the familiar Greek hero refracted through the eyes, and sharply varying stylistic approaches, of a wide range of poets from around the world.

Here, then, is a collection of extraordinary poems that testifies to–and amply rewards–our ongoing fascination with classical myth.