My thoughts, heart, and sorrows are with the people of Ukraine. with the people. Still, I daresay, economics is not the last thing on my mind. It is certainly not the first thing when there is a war. But, at some point, one will have to think about the economic consequences of this tragic “special operation. This is my analysis of the economic situation.

Part One: the U.S

First of all, this will affect the prices of oil, grain, coal, fertilizers, and metals. All of this will push up the price of literally everything. I would not be surprised if inflation in a few months would be at an annual rate of 7-8%. For the U.S. and Europe, there will probably be stagflation – stagnation of the economy coupled with high inflation. In investment slang there is the expression “double bottom” or “double bottom. The first “bottom” was reached after a short recession in March-June 2020 (pandemic). As for the second recession – it is too early to say, too little time has passed since the start of military operations in Ukraine and the accompanying economic changes in the world. Again, it’s hard to say whether or not an economic recession awaits us, but even if it does, this recession will be relatively short. There are several reasons for this:

1. Russia’s share in the world economy is negligible. Before the sanctions, its share was about 1.5-2%. After the sanctions, its share is even less. Its importance in the export of energy, metals and grain is significant. The cessation of exports of metals, coal, raw materials, and grain will inflate prices, but gradually the imbalance will be resolved, although we can expect a decade of more expensive prices than in the previous decade.

2. The collective West is (for now) more united than it has been since the Cold War. This cohesion will extend to joint economic efforts to contain grain and energy prices.

3. Technological progress has already been made, where it takes 25% less energy to build (for example) a car than it did in 2004. Further developments will reduce energy costs even further.

4. It will take billions of dollars to rebuild Ukraine. It is a large country both by population and territory, so pouring money into rebuilding the country’s infrastructure, will give a boost to the global economy.

5. U.S. lawmakers and the Federal Bank have a lot of experience with economic recessions. I assume that they, through flexible fiscal and monetary policies, will be able to mitigate (partially) the effects of possible stagflation.

6. No crisis should pass without benefit. “Cutting off” imports from Russia, the West will learn to live without Russian oil and gas until geopolitics change in favor of a truly democratic regime in what was once 1/6 of the world. This will make the US and Western European economies less vulnerable to energy imports from Russia. There is a price to pay in life, and the collective West will pay a high price for its longstanding connivance, short-sightedness, political correctness, complacency, and unwillingness to spoil relations with Putin. But it will emerge from this crisis stronger and more united.

Digression. The USSR economy was extremely unproductive, with low labor productivity, huge energy costs, and weak electronics (compared to the West). But the USSR economy was real. It was able to make (often with stolen or imported technology) machine tools, blast furnaces, planes, trains and subway cars, televisions, refrigerators, cars, scooters, and bicycles. Textile and shoe factories made clumsy clothes and uncomfortable shoes. The food supply was indeed a disaster. But the country was, to a certain extent, self-sufficient. Up to two-thirds of the population worked in industry and agriculture. Not so now.

If I were asked to identify the three main economic symbols of today’s Russia, they would be: a small store or shawarma kiosk, an oil well, and a security guard shuttling between the two facilities. The country lived off the raw material rent, buying foreign technology, electronics, machines, operating systems, baby food, and luxury brands from abroad with the proceeds of this rent. Worse, the productive work was partly done by foreign specialists (leaving), trained and educated middle-class managers (leaving), and in hard jobs (migrants). The latter, most likely with the fall of the ruble, will also begin to leave. Russia was of interest to Western countries as an exporter of raw materials and a relatively large market of 145 million people, which will become much less. This economic chess game has been handled badly by the current leadership. There is almost no industrial production left in the country. What we have is 50 to 90% dependent on foreign technology and components. Even the vaccine Sputnik consists of 75% of purchased components. Agriculture – there will be no hunger – and trade work. Plus the army and the security services. And almost everything. Remember the famous “Potemkin villages”. Even in relatively successful agriculture, egg production is achieved at the expense of imported chickens. High milk yields are achieved at the expense of foreign fry. The fry for fish breeding – and they “sailed” from afar. They come and go as they came. Seeds are imported. Animal feed, too.

In the near future, the automobile industry and railways (trains and software control run on chips bought from abroad) will stop (partially). The situation with airplanes is a shame: the number of flights will be halved or tripled. It is scary to imagine the medical sector of the country without imported devices and medicines. There are almost no domestic drugs and their quality is inferior to their Western counterparts.
One can write for a long time, and the facts are known to all. I will only say that the real consequences will begin to be felt in 2-3 months. The insanity of the Russian leadership is evidenced by at least two facts. They did not take care to withdraw about $360 billion of the National Welfare Fund (money-box) from US banks before the war. That money has been seized, frozen. And that is half of all savings in currency and a quarter of the annual income. Similarly with the gold in the banks in London. What were they thinking? Compared to today’s leadership, the Soviets were Platons and Einsteins. Those were tough professionals, and it is hard to find a definition for this one. With one stroke of the pen, 20 years of our lives were erased. You have to pay for everything. For the country, for the regime, for the people.

Conclusion. History, especially economic history, is a passion of mine. As an amateur and an appreciative reader, I have read many books and articles on the history of the economic development of Russia and other countries. Again, I am not a professional historian. But, even to me, a little sophisticated amateur, the following facts are obvious:

1. Russia, since its inception as a separate state, has ALWAYS been a country with a “catching up” economy and huge dependence on Western specialists and technology. Since the 16th century, there was a “German” sloboda in Moscow, where foreign (not only German) specialists lived. Very, very long time the only doctors in Russia were “foreigners”. The Moscow Kremlin was built by an Italian architect. Petersburg was built by foreign architects. In the Russian army and navy, a large percentage of the high command staff and officers were foreigners.

2. All Russian culture is based on Western, not “special” Russian values. This includes ballet, painting, music, literature, and theater. Only by absorbing the culture of Western Europe and constantly fed by the fruits of this civilization, Russia was able to create a rich and diverse culture of its own and not vice versa.

3. industrialization in the mid-to-late 19th century and in the 1930s of the 20th century was carried out by foreign specialists using foreign technology. From building automobile factories to railroads to machine tools, the “parents” were Western concessionaires and specialists.

4. The geographical and cultural distance in the Middle Ages from Europe created a unique phenomenon in Russia: a combination of distrust of everything Western with blind imitation of it.

5. The imperial path is hard, especially when combined with the notorious “scrapes” and the “peculiarity” of national identity. A country where the greatness of power is placed above a normal life for its people is doomed to be second-rate and have a low standard of living.

6. Russia was the periphery of Europe. There is nothing offensive about that. Other European countries are also peripheral. The problem is that little has been done to stop being peripheral.

7. For several centuries, when Western Europe was in full swing of the Renaissance, trade, and crafts were developing, new technologies appeared, Shakespeare and Cervantes created, universities worked for over 300 years, Russia remained one big black hole. Contacts with the West were severely limited, there was little industry or local expertise. It was only in the early 18th century that the famous “window to Europe” was opened. More like a vent. But it seems that this vent is rapidly closing again.

The vent is closing. For foreigners and Russians too. No one knows when it will open. Knowing what has happened, it’s hard to assume that any of the foreign capital or professionals will want to come back to Russia. Even if the doors will open wide.

P.S. Even with such an inefficient economy, built on Western technology, Russia could still exist and function for a very long time, providing its citizens with some acceptable standard of living. They didn’t want to work, they wanted to fight. Now things will go differently. Much worse. Russia is turning back into Muscovy, with its oprichniks, boyars, poor peasants, turmoil, and revolts. Until another tsar comes.

As for the economic future of Ukraine, I will write about it when the guns are silenced. 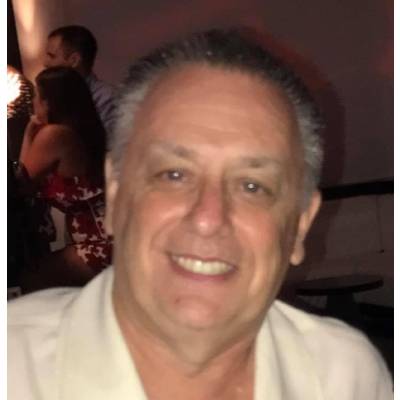 Lev Revutsky was born in Leningrad in 1956. He graduated from the university in 1978, served in the Soviet Army, was denied the right to emigrate for seven years, and finally came to the US in 1989. Currently, he lives in San Jose where he works as an investment adviser. One of his books was “The Road to Parrot Country or the Curious Adventures of Rachel and Her Friends in Amazonia”, a bilingual children’s book.