On the morning of the important day, Civilization woke up on the wrong side of bed again, rolled over and fell on the floor. She looked into the dark cave under the bed, and the single socks and billowing dust bunnies reminded her of the sheer unpleasantness of her life. Ever since Purpose had left her standing at the altar, pregnant with Possibility, nothing had gone well. She had had far too much fascism to drink the night before, and once again she swore that she would give up the stuff forever. It always ended badly, the mobs swirling in her stomach, her speech blurred with outrageous lies, the bravado swelling her head. And the racism! She ran to the toilet and held on for dear life. How could she have done this to herself again?

However, today everything would change. It was Possibility’s coming out party, the debutante ball, la fiesta de quinceañera, in which her daughter would be seen by all the eligible Futures: Dictatorship, Anarchy, Theocracy, Democracy, Monarchy, and Civilization’s current favorite, Oligarchy. She had elected to spare no expense: a twelve-piece orchestra, a punch bowl brimming with champagne, the revolving ball of light above the dance floor, and Major Media crooning a song as Possibility swirled to the middle of the room. Everything would be perfect on this day of all days. Civilization owed this to her daughter after subjecting her to so much trauma through the years. Now Civilization had a chance to make up for past mistakes and give Possibility everything she needed to have a happy and full life. The only problem so far was that Democratic Socialism, which would have been an excellent match for her daughter, had declined the invitation, having been badly injured in a fight the night before with Stupidity.

Civilization swept onto the floor on the arm of her best friend Art, and not for the first time she wished Art wasn’t gay because he would have made an excellent husband to her and a good stepfather for Possibility. For his part, Art always had had a thing for Music, but Music was still in love with Dance who had been rejected by Poetry who brooded by herself ever since being rejected by Popular Culture. And let’s don’t even mention Drama Queen who thought only of herself. As for Comedy, he was lots of fun at a party, but couldn’t hold down a job. And forget about marrying Tragedy – who could put up with all that weeping? And so it goes, none of the Noble Endeavors much good by themselves, and yet they refused to get along with each other. Civilization would just have to settle for being friends with all of them while never finding the perfect mate. She knew she had a good soul, but somehow things never seemed to work out for her; thus, the wild flings with Corruption and Militarism which are exciting, but deeply unsatisfying. Politics has, of course, always played a role in her life, but he and his twin brother Economics are so frigging boring that Civilization could never see them as anything but professional advisors, counselors to her most mundane efforts.

Ah, but she and Art could cut a rug! As they swirled over the dance floor in each other’s arms, their gazes held, and as always, she felt comfortable in his arms. She caught a glimpse of Gossip and Journalism, pretending as always not to know each other but actually joined at the hip. And at the bar Internet (who invited that grasping whore?) having a drink with Politics who was obviously entranced by her gaze, not to mention her almost invisible chiffon blouse. She thought about warning Politics, but decided he was a grown man and would have to learn the hard way not to get in bed with media that have no conscience. She and Art danced the Waltz, then the Rumba and finished with a wildly erotic Tango.

And then the music stopped. Major Media strode to the middle of the floor and announced the star of the night’s celebration, the one and only girl, now a woman, the Possibility of Possibilities, celebrating her fifteenth birthday. Civilization’s stunning daughter spun out onto the dance floor, graceful as a swan. The awkwardness of adolescence had recently disappeared and now she was a beautiful woman — if not ready for marriage, at least alluring enough to attract any Future. 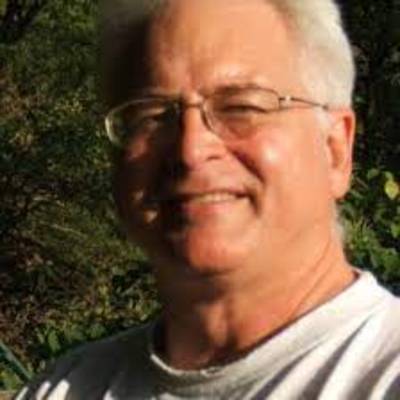 Michael Simms has been active in politics and poetry for over 40 years as a writer, teacher, editor, and community activist. He is the founder of Autumn House Press, a nonprofit publisher of books of poetry, fiction, and nonfiction. He’s also the author of four collections of poetry and a college textbook about poetry — and the lead editor of over 100 published books. Simms has an MFA from the University of Iowa and a Certificate in Plant-based Nutrition from Cornell University. He lives with his wife, Eva, and their two children in the historic Mount Washington neighborhood overlooking the city of Pittsburgh.