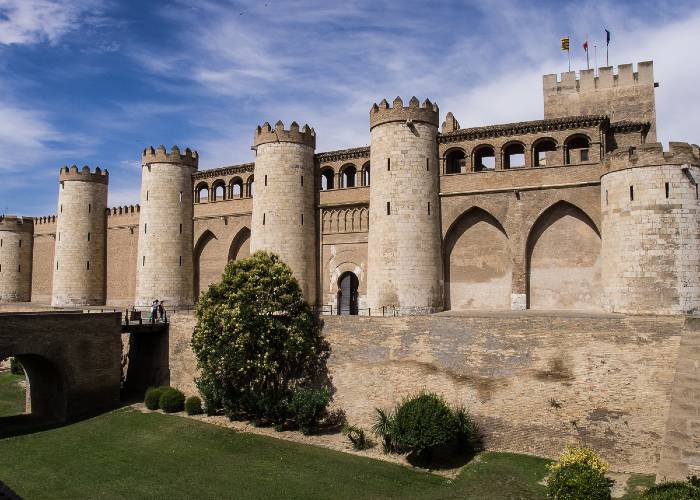 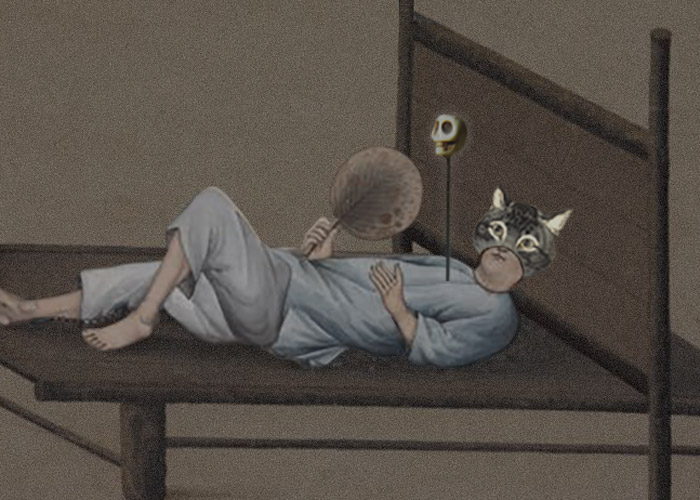 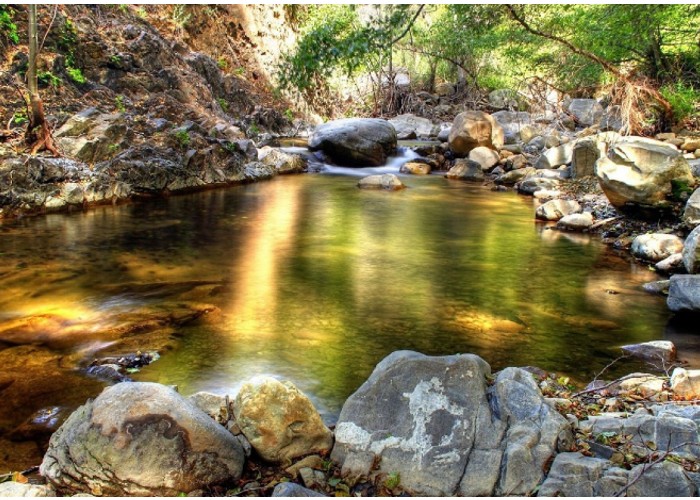 Shuffling of the waves was coming from behind a bushy dune’s mound. The tide had already retreated abandoning sea-smoothed pebbles and locks of algae that added the smell of rot into the iodine freshness of the air. The steam rising over the waves settled on her body in sliding drops. Loila was walking up the trail, choosing her way carefully, so as not to step on hectic caterpillars following the sun hidden in the acrid fog or on sandy knolls built on their paths by hungry ants. She walked all the way from the edge of the surf, inhaling a gamut of smells, recognizing and not recognizing the shore. On the sides of the path grew dense sundews with scarlet drops on the curls of their faint leaves. Almost totally covering the sandy soil strewn with salt crystals, scales of prasiolite, transparent wings of flies, and drops of their sticky saliva, the sundews unfolded their spiral stems and sighed deeply as Loila walked past them.

The path twisted and disappeared from under her feet, replaced by dense sticky thickets on top of sharp stony scales. Loila hurried up; she almost ran kicking her legs against the stones, gathering the acidic moisture scattered in the air and the sugary juice of sundews which twisted into loops trying to wrap around her ankles. The wind blew with sharp gusts plunging grains of sand into her skin. Now she remembered the way. The dune swayed slightly, just slightly, slowly crawling in the direction of warmth. The sun’s rays barely pierced the fog, but warmed Loila’s skin, evaporating the sweet-sour drops and leaving whitish scab patterns on the surface. Loila walked more slowly now. She had walked for so long that even when the bushes lowered into a dry prickly carpet without sticky curls and ravenous flowers, constellations of crimson-burgundy drops still floated before Loila’s eyes. She realized she had reached a milestone here and stopped for a moment, turning around and shaking off the remnants of sticky moisture, scabs, and sand grains from her skin. The sun was sinking over the hill. Having found the right direction, Loila raced in jumps, whistling loudly on her way. After a dozen jumps, she stopped again, fell silent, and inhaled a deep breath. The smell of algae remained behind the dune, the curls of predatory leaves were replaced by creeping grass strewn with tiny pale pink umbrellas. Here the soil was black, strengthened by the mixture of roots and rich humus. Loila looked closely: everything was clean, not a single mound of sand, not a single hole, not a single wreath of dry twigs. Just a calm thick green carpet.

She knelt and grabbed a thread from the ground, it was covered with green peas, at a distance of Loila’s palm one from another. Loila pulled the thread towards herself, breaking off its whitish thin roots with which the thread was clinging to the soil. She brought the thread closer to her face, sniffed it, and tore it apart. There was a high-pitched squeak, and white drops appeared at the edges of the thread’s openings. Loila nodded, thrust one end of the thread into the ground, and squeezed the other in her hands. She rose to her feet and followed along the thread, gently pulling it out from the ground and winding it around her arm, from the palm to elbow. Whenever the filament forked into two tiny threads, Loila tore it at the fork, put the thin branch into the soil, and continued following the main line. Every time the squeak sounded louder and louder, the thread became stronger, thicker, and more and more tousled around the roots, and soon the shaggy ball in whitish stains hid Loila’s arm completely. When the thread dove fully into the ground, Loila flopped down, spreading her legs wide open by the sides of the root, and for a long time just sat there calming her breath and patting the greenish-white ball on her arm. Then, with her free hand, she grabbed the soil, finding one, two, three, four, even five little nodes, all nicely shaped, clearly noticeable on the surface. The first one was a little bit closer to the root than Loila expected, barely a palm away from it, but the rest were exactly as they needed to be, along an exact smooth spiral. Loila put a furry greenish-white ball behind her, shifted to a more comfortable position on the ground, and holding her breath started pulling on the root.

The first node dove under the soil with a smack and immediately jumped to the surface like a gentle whitish sphere, right between Loila’s thighs. The second one surfaced after it, dove into the root labyrinth and out, into Loila’s crotch, then the third one after it. Loila held her breath and pulled, and pulled and pulled until the fourth one jumped to her thighs. Loila almost squealed, while the fifth one was crawling; it was such a long, curved path underground to the root tunnel dug before her by her little sisters. Finally, Loila had pulled it out too, its root didn’t break off, didn’t get hooked on other roots, the last one was the smallest, a little ball covered with a billowing brown film, but alive, alive like the four before it.

Loila fell back on the greenish-white ball behind her, bristling with short torn roots, and let out such a loud scream that the creeping acacias shut their tiny umbrellas, and the sticky plant predators rolled down the garlands of scarlet drops of their leaves, vowing to themselves not to open them, at least until the next spring, when Loila herself would dissolve into the interweaving of the tender roots, and her children would swim away from the island on a large tide. 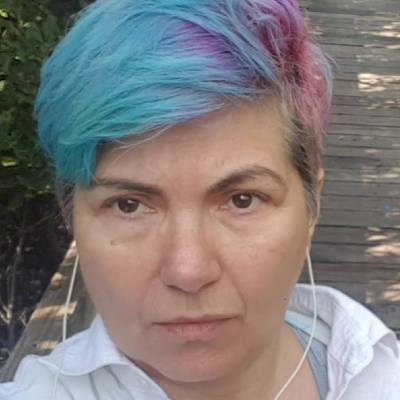 Tatiana Bonch-Osmolovskaya studied physics in Moscow Institute of Physics and Technology,received Candidate of Philology degree at Moscow State Humanitarian University. Since 2003, Tatiana lives in Sydney, where she received a PhD degree from UNSW, on contemporary Russian poetry. Tatiana’s many publications in Russian include award-winning collections of short stories and essays. Her short stories and poetry in English appeared in “Bridges Anthologies,” “London Grip,” “Can I tell you a secret,” “Across the Russian Wor(l)d,” “Journal of Humanistic Mathematics,” “The POEM; Rochford Street Review,” “Not So Quiet,” “Skywriters Anthology,” “Transitions,” “Red Door Magazine,” and other editions. Tatiana is also a researcher, editor of Articulation literary journal (in Russian), and board member of Moscow PEN.