Maria Malinovskaya. The Line of Escape. Translated and illustrated by Nina Kossman 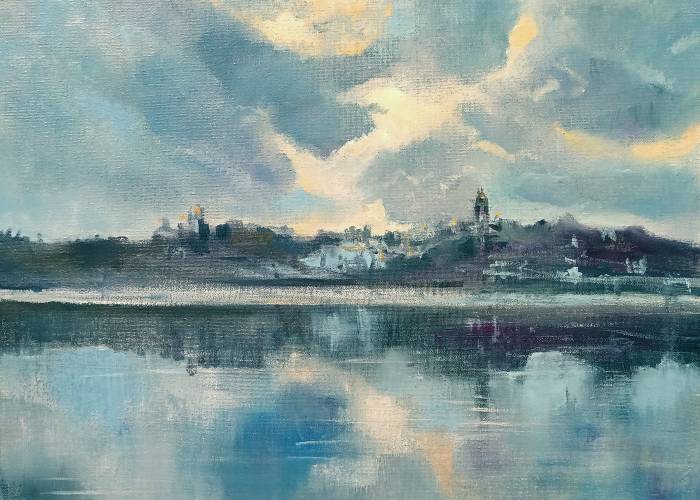 Mikhail Yudovsky. They Bomb Me from Afar. Translated by Dmitri Manin 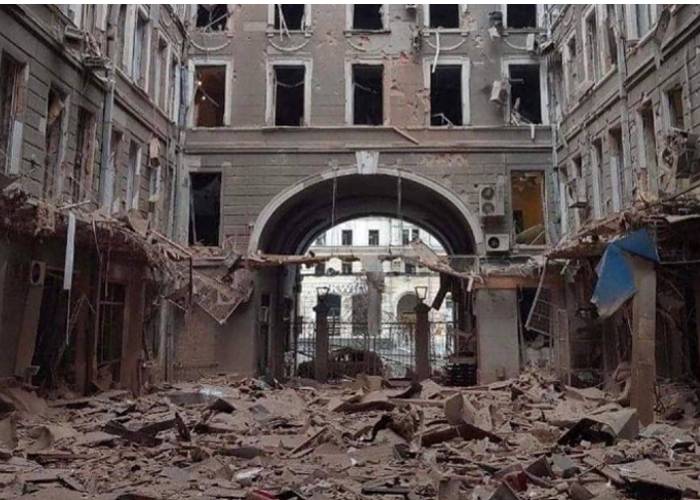 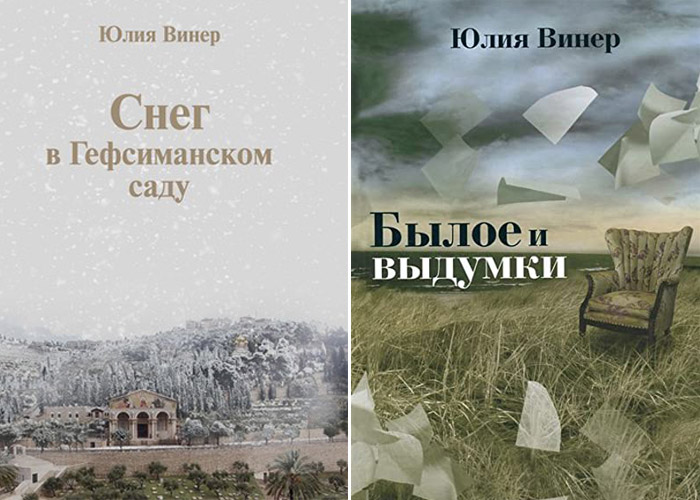 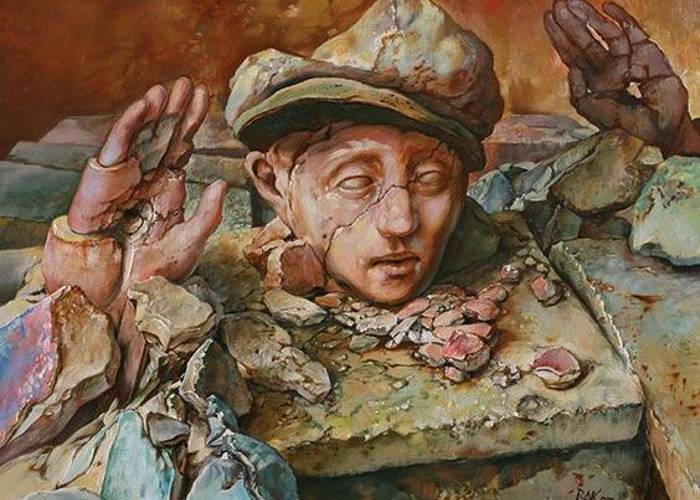 Anna Halberstadt. From the Vilnius Diary 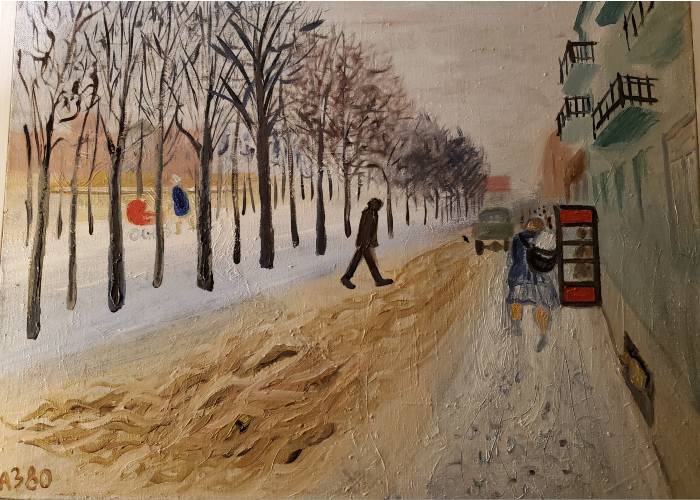 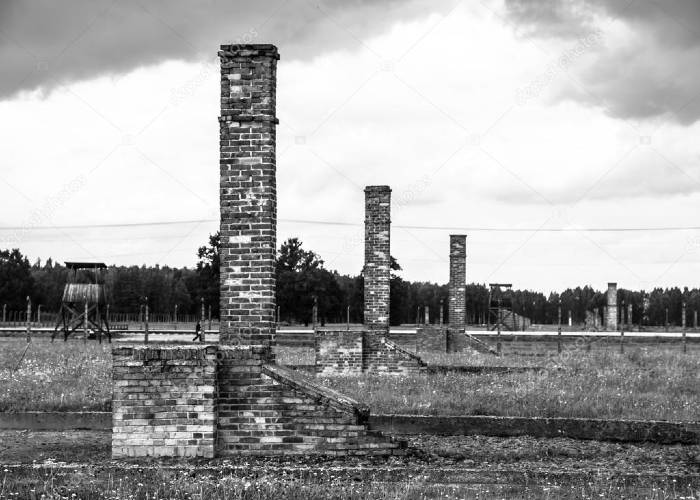 I enter my house in which I was not born,
where I never lived and never will,
but I remember things I never knew,
and realize things I don’t remember since
I know that I lived here before I was born
in my father’s childhood and in a foreign tongue.
Here is my father’s mother (whom I cannot,
for the life of me, call my granny, as I never met her),
goes to the market, a strange stranger,
down the Słowacki Street, while the clock
on the tower brings the time closer
when down the same street but uphill
my father returns from the gymnasium,
bypassing the synagogue, which
is now the public library, but —
is this lanky boy my father? –
he is now my son already,
upset with a grade, a B, because
his teacher told him that a Jew
could not master Polish: it was easier
for a monkey to become human, – but enough,
enough, don’t cry, my boy, calm down:
you and I have mastered quite a few languages
in the last two thousand years,
we had been led away from God by our knowledge
and mixed among the nations and the tongues
(in my own time, I would be told by the scribes,
that the Russian tongue was spoiled by the Jews)…
So enter the house: the owner, Leo Gottfried,
has by some miracle escaped (he’s now in New York);
so enter the apartment (“parter” means ground floor)
and knock timidly: “May I see you, tatus?” *
and pulling your grandfather away from his easel,
pour out to him that first offense,
and he will comfort you, your executed father
(till your own death you’ll be talking with him
and in your sleep will sing “El Maleh Rahamim”).

So enter bravely: this is your father’s home.
Then, when those who hadn’t been shot in the first month,
would be sent to the ghetto, their apartments
and houses that had belonged to the Jews
will be taken over by neighbors who will split the stuff,
and, at twenty-three years old, you will come home,
wounded, and a liberator,
but the new owners in nineteen forty-five
won’t let you – a stranger – in,
and knowing that all your family has perished,
you’ll leave, slamming the border like a door.

You’ll find yourself in Russia, not knowing
that while you were fighting for Warsaw,
Stalin and Hitler divvied up your city
(the only witness, was the stony San,
a boundary between death and dishonor).

And I was there too and I did meet those Jews
in the overgrown cemetery where the trees,
with their roots, pull out headstones,
where a cenotaph to four thousand slaughtered Jews
stands on a patch in the middle of desolation.
The beautiful city is running up into the hills, —
cleansed of filth: Judenrein.
The apartment is divided into cells,
five families crowd in one wing. No one
remembers my grandfather. Amnesia.
In that town of oblivion
six old Jews remained, the rest
of the survivors left, never to return…

Could it be that God Himself was powerless, or
was He the One who had led the six million
along the path of concentration camps
and pointed the way to salvation through
the Auschwitz chimneys? I do believe:
the world will be saved from the Flood
and amnesia by remembering Hiroshima,
Afghanistan and the small Chornobyl,
when a six-winged dove flies in with a weird twig
and perches on an Auschwitz chimney. 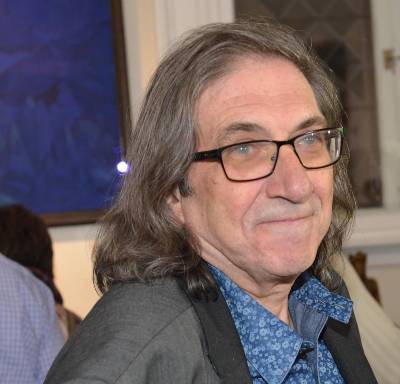